If you’re still confused about which next-gen console to buy – Xbox Series X or PS5 – your dilemma ends now. Both Microsoft and Sony launched their much-anticipated successors to the Xbox One and thePS4 back in November 2020.  But it’s still not easy to get one’s hands on either of the two consoles.

As a result, many gamers were delaying their purchase and waiting to get their hands on their favorite console somehow. But even if you manage to find one in stock, how do you choose between the two next-gen gaming machines?

With the massive performance improvements over the previous generation of consoles, the choice between team green and team blue has become more complicated than ever. Read on to figure out which console is the best one for you.

First Off: What are the Similarities?

Both the Xbox Series X and the PS5 are powerhouses when it comes to performance. Gone are the days of lengthy loading times and jet engine drones, thanks to the super-fast, custom SSDs and powerful cooling systems in both the devices.

They even share quite a few similarities when it comes to the CPU and GPU. Both the consoles have a custom-engineered AMD Zen 2 8-core processor and a custom AMD RDNA 2 GPU. The minor advantage Xbox has in Teraflops doesn’t translate to much in terms of real-world performance. 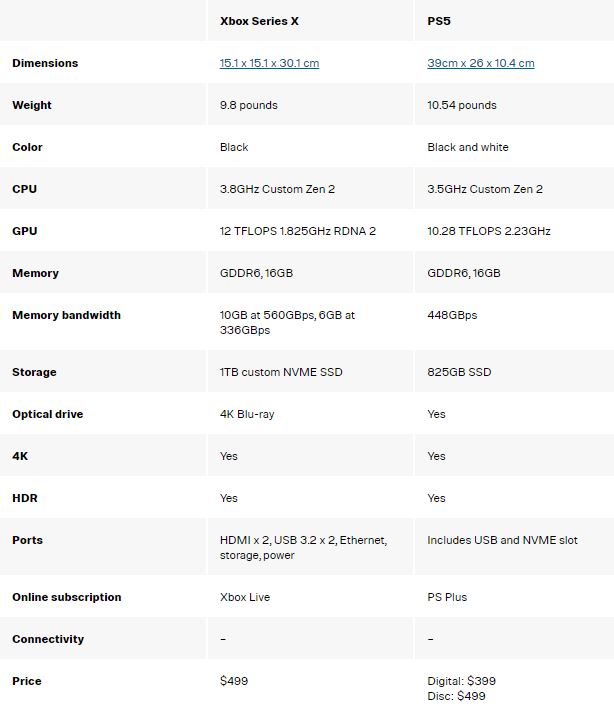 Both the devices support native 4K up to 120fps and have 16GB of fast GDDR6 RAM. The Xbox Series X edges out in terms of the SSD’s storage capacity, but the PS5’s much-faster SSD more than makes up for it. And the much-talked-about Raytracing comes to both the consoles, thanks to the RDNA2 architecture.

Backwards compatibility is also available on both the next-gen consoles, with the Xbox Series X supporting every single Xbox One game and the PS5 supporting almost all of the PS4 games.

And finally, the price. Whichever console you happen to buy (or manage to find in stock), you’ll have to shell out $499.

Those were the similarities. Well, what are the differences, then?

The Design: Futuristic vs Sensible

Let’s be honest. For most of us, the design doesn’t make a difference when it comes to a console that’ll place beside your TV and forget about for years. Even the looks of your console will not matter after a few days or weeks when you’re busy playing games or streaming Netflix.

But the Xbox Series X and the PS5 differ in design much more than any two previous generation consoles. The Xbox Series X sports a sleek, PC tower-like look which can be called a bit conservative compared to the PS5’s alien-tech-evoking, asymmetrical design. While neither of the two lacks in terms of thermal design, the Xbox Series X might feel like the more practical choice.

The PS5 looks great but it’s quite taller than the Xbox Series X, and definitely awkward when switching between vertical and horizontal positions. Some might even like the Xbox’s design simply because they prefer the more ‘traditional’ design language of Microsoft’s boxy, symmetrical console.

Talking about the controllers though, the new DualSense controller of the PS5 is a true leap in terms of haptics and audio capabilities. Whereas Xbox again played it safe with their controller, adding a new ‘share’ button and improving certain textures and grips here and there. 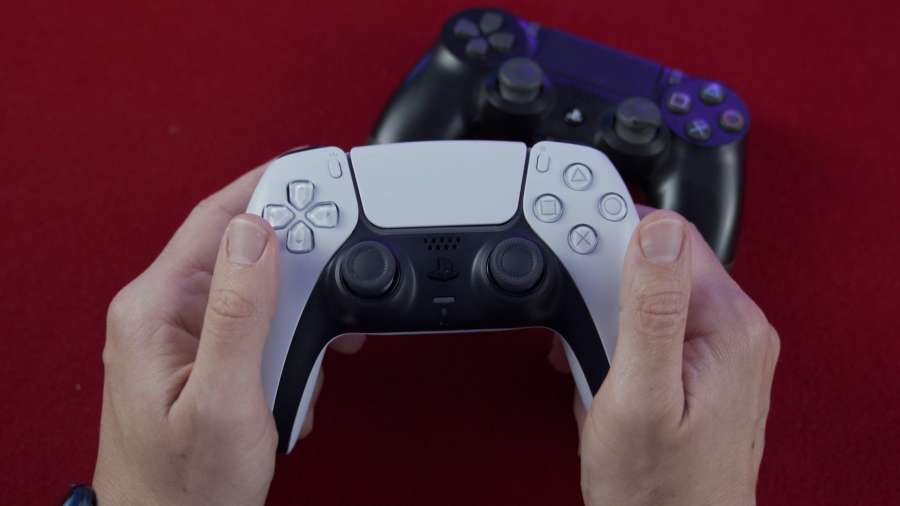 It comes down to personal preference for this one and whichever machine you choose, you won’t face any issues with noise levels or dust accumulation.

The Games: The Meat of the Matter

After all, you’re buying a fancy, next-gen console to play the greatest next-gen games, right? If the console you’re planning to buy doesn’t have your favorite title on it, then the choice becomes a whole lot simpler.

The PlayStation platform has consistently beaten Xbox in the competition to have the best exclusive titles. Whether you think of The Last of Us, Uncharted, Horizon Zero Dawn, Marvel’s Spider-Man, Ghost of Tsushima, Death Stranding, and God of War (2018), or their beloved sequels, the PS4 was home to some of the best games of its generation. And this trend looks to continue with the PS5.

Titles like Horizon Forbidden West, Spider-Man: Miles Morales, God of War: Ragnarok, Returnal, and more make the PS5 too enticing to pass up. And yes, some of these titles are and will be available on PC also, it doesn’t change the fact that Xbox, at least to date, hasn’t showcased great exclusives beyond a few series like Halo, Forza, Fable, and Gears of War. Plus, with every Xbox game available to play on PC, the case for Xbox Series X becomes weaker still. 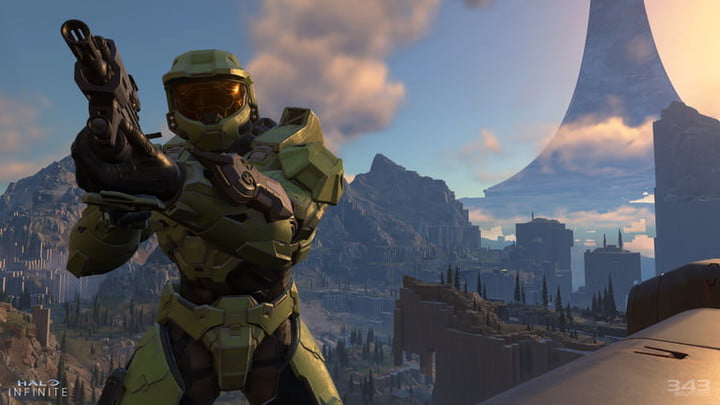 So does that mean it’s a clear win for team blue? It’s not that simple.

Microsoft recently acquired a slew of game companies like ZeniMax (Bethesda’s parent company), Activision Blizzard, and many more first-party studios. While this hasn’t translated to any Xbox exclusives as yet, things are set to look much different in a year or two.

In addition, fans of Hellblade: Senua’s Sacrifice will be pleased to know that the developer Ninja Theory is now a Microsoft first-party studio. All Ninja Theory games, including Hellblade 2 will now be Xbox and PC exclusives. 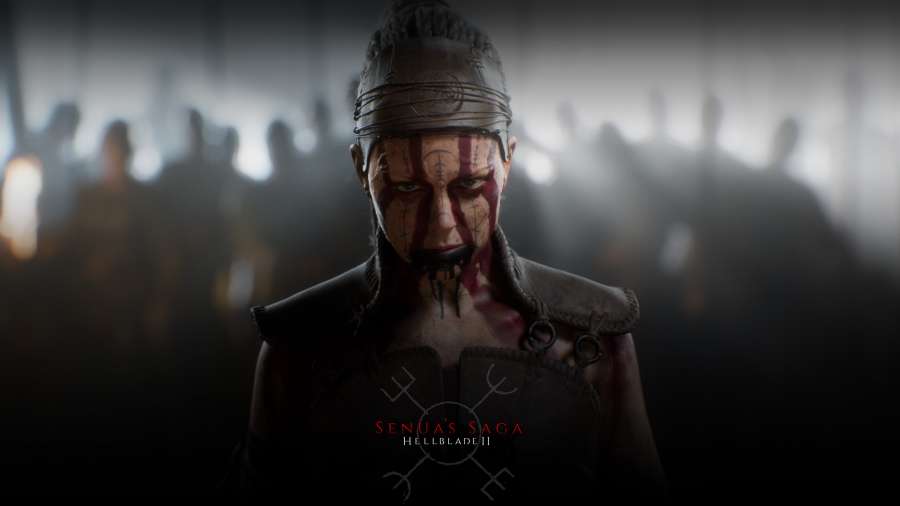 All in all, the PS5 is the much better choice currently, but down the line, things will start getting competitive as Microsoft’s newly-acquired first-party studios get to work and many PlayStation games start landing on PC as well.

And the Xbox Game Pass complicates the story even more. But more on that in the next section.

The Xbox Game Pass represents one of the greatest deals in gaming, hands down. With hundreds of Xbox titles, including day-one releases available to download and play at $15 a month (Game Pass Ultimate), it was and continues to be a huge point in favor of team green.

What’s more, you can play these titles across Xbox Series X, Xbox One, PC, and Android.

Sony didn’t have an answer for Game Pass, until last month when it came out with the redesigned PlayStation Plus service. Offering a multiple-tiered subscription ranging from $10 to $18 a month, the new service offers access to all the PS Plus features, plus over 700 PS5 and PS4 games, depending on your tier. 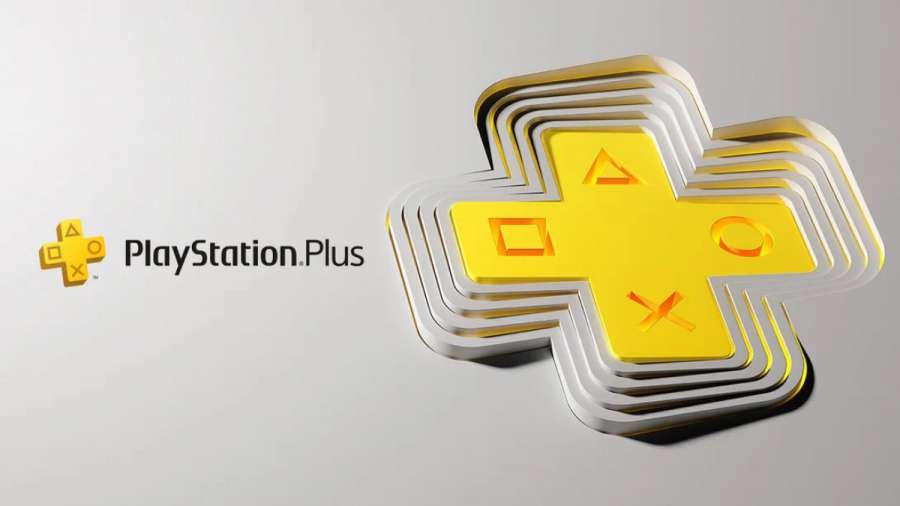 This launch has the potential to take away what is perhaps Xbox’s sole differentiator when it comes to the game lineup. Time will tell which one of the two services comes out on top, but this competition can only be good for gamers.

In Conclusion: How to Choose?

Now that you know the ins and outs of both the offerings, should you go with the futuristic and exclusives-heavy PS5 or the powerful and exclusives-in-making Xbox Series X?

The answer lies in your gaming preferences and your friend circle. If you’re not one for PlayStation’s exclusives and feel its design is a bit awkward, the Xbox Series X has a lot to offer.

But if you can’t pass up on PS5’s exclusives and want to experience its next-gen controller and console design, it’s team blue for you all the way.

Finally, you need to consider which platform your friends play on. With cross-platform compatibility still in its infancy, having the same console as your friends makes a huge deal for many of us. It might just come down to an automatic choice to buy into the platform you and your friends have been playing on for years.

And no one’s stopping you from getting both the consoles if you’ve got the cash to spare and manage to somehow get lucky enough to find one of each.