Since the release of Sony’s PSVR, gamers have been wondering if Microsoft will ever create an Xbox VR headset. Microsoft has, so far, remained outside the VR market.

It is clear that VR is not a passing fad, as shown by the Meta Quest 2 (formerly known as Oculus Quest 2) headset. Moreover, Sony has committed to virtual reality by releasing the PSVR 2, its next-generation VR headset, for the PS5.

Speculation over whether Microsoft will support VR gaming on its Xbox Series X and S has natural and ongoing. After all, playing games like Microsoft Flight Simulator on an Xbox Series X with an Xbox VR headset would be an experience to cherish.

Microsoft does have some experience in the VR market with its HoloLens mixed reality headsets. It’s not difficult to imagine the idea of Microsoft bringing support for the headset to the Xbox Series X/S consoles. But with the HoloLens 2 costing around $3,500, it’s simply not consumer-friendly yet.

So what does the future look like? Will Xbox have VR in the near future? Will players get to experience Halo Infinite or Forza Horizon 5 in VR on an Xbox Series X?

Microsoft and VR: A Background

Although Microsoft has not officially announced that it is creating a VR headset for Xbox, it has been involved in the technology in various ways. The Kinect, designed for Xbox 360, was capable of detecting motion-sensing inputs without a controller. It was possible for the technology to be modified for VR, similar to how Sony adapted its PlayStation Move controllers and the PlayStation Camera for its original PSVR headset.

Although Microsoft’s HoloLens 2 headset is designed to be a mixed reality experience that relies heavily on AR: augmented reality, it is astonishingly expensive, with HoloLens 2 starting at $3,500, making it unviable for consumer gaming.

Plus, with the announcement in Feb 2022 that Microsoft had scrapped development on HoloLens 3, its future commitment to VR remains uncertain. But Microsoft’s greater interest in consumer VR and the metaverse (as part of its acquisition of Activision Blizzard for $67.4 billion) could mean that the company is changing direction. The intent might be to develop a more affordable consumer-friendly VR headset, rather than the costly HoloLens.

However, if this was the pivot, it certainly isn’t enough to retain talent. At least 25 Microsoft AR/VR employees left for Meta in 2021, including several with decades of experience.

The Case for VR on Xbox

Although the VR gaming market is small compared to consoles, Sony’s PSVR all-time sales of 5 million units as of January 2020 show that it is growing. The Meta Quest 2 is becoming popular as a wireless and self-contained headset that can be plugged into a powerful PC to play games like Half-Life: Alyx.

Microsoft probably won’t want to drop the ball on the emergent VR market and try developing its own consumer-friendly headset. With Sony rumored to release PSVR 2 in early 2023, there could be a new console VR war brewing. 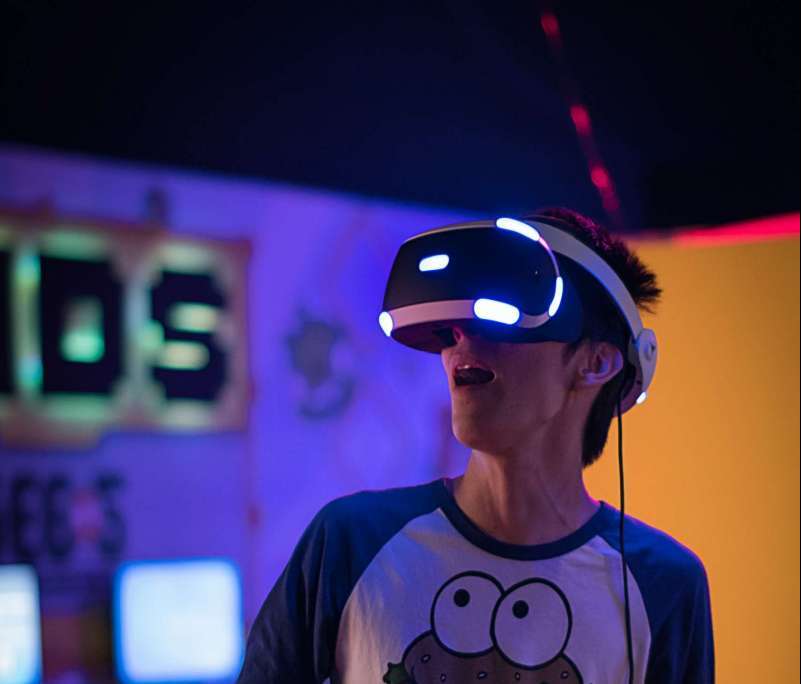 Although it was held back by its less-than-impressive technical specs, PSVR had a tremendous impact on the PlayStation experience. It enhanced the realism quotient in Gran Turismo Sport, and we certainly hope Gran Turismo 7 gets VR support for PSVR 2. Even Minecraft has PSVR support.

However, Microsoft would need to act fast if it doesn’t want to be left behind in the VR race.

The Case Against VR on Xbox

Even though VR has a lot of potential, the market is still pretty small. Microsoft might not want to get involved due to the possibility of lower-than-expected returns.

There’s no doubt that Xbox has the power to run VR games, but when CEO of Gaming Phil Spencer was asked about it, he listed several concerns that show why the company isn’t ready to bring VR to its consoles yet.

Spencer appeared in a Giant Bomb video in 2017 where he discussed Xbox’s lack of VR. He said he was a “believer in the category” but wasn’t sure about its feasibility in the living room, especially with cords. With PSVR 2 requiring just one cable and doing away with the need for an external camera, this concern might not be valid anymore. But the Meta Quest 2, although fully is one of the weaker headsets on the market.

Although Spencer hasn’t ruled out Microsoft getting to a point where it would be ready to invest in VR, it is unlikely that Xbox owners will have a dedicated headset or third-party headset support anytime soon. Maybe another console generation would solve the problems of pricing, market penetration, and cables.